Bollywood superstar and one of the names of these two actresses.  Cousins ​​about Kajal and Rani Mukherjee, but many are unaware of it.  Rani's elder sister about Kajal.  Although two sisters, the relationship between them was not sweet at all.  But at one time their relationship was very bad.  They also tried to stop each other's careers.  Yashraj Films is said to have a big role in their dispute.  As long as Yash Chopra was the head of the production company, Kajal was one of their best choices as a heroine.  Kajal played the lead role in many films including 'Dilwale Dulhania Le Jayenge', 'Yeh Dillagi' and 'Fana'.  But the picture changed when Yashputra Aditya Chopra took charge of the company. 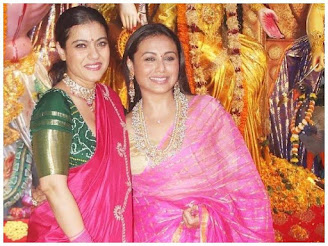 Kajal had to pay a fee for Rani's love affair with Aditya Chopra.  Yashraj Films turned its back on Kajal under the influence of Rani.  Besides, there were rumors in the industry that Kajal didn't want Rani to get a chance in 'Kuch Kuch Hota Hai'.  But Karan Johar took Rani in the words of Aditya Chopra.  Although Kajal is the main heroine in this super hit film, Rani's performance also left a mark in the minds of the audience.  She was known as a heroine.  Thanks to this film, Rani gradually took her place in Bollywood.

Kajal almost quit acting after getting married in the middle of her career.  At that time Rani took her place in Bollywood.  As Aditya's influence in Yashraj Films increased, Rani continued to be the heroine in their films.  The Chopra family could not accept the queen's relationship with the married Aditya.  So Kajal was Yash Chopra's choice as the heroine.  As a result, the father-son relationship was almost broken.  But in the end, the family was forced to give in to Aditya Chopra's insistence.  Aditya and Rani got married in 2014.  Then the door of Yashraj Films closed for Kajal. 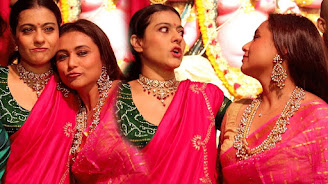 The bitterness of the two sisters reached such an extreme that Kajal did not even attend the queen's wedding.  Over time, however, the intensity of the bitterness may have subsided somewhat.  Earlier, the two sisters refrained from commenting on each other in public.  Now the two of them keep their troubles hidden.  However, Kajal-Shahrukh-Rani appeared on a television show last year on the occasion of the 20th anniversary of 'Kuch Kuch Hota Hai'.  The queen thanked Kajal there.  Didi Kajal was by his side at a difficult time in the beginning of her career. 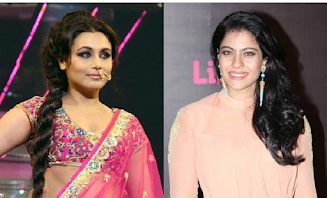 However, Kajal said with a smile in his own way, he does not remember when he helped the queen!  Because, in his words, the queen never needed help.  The 18-year-old Rani made a star-studded shot in the first shot of her early career movie 'Kuch Kuch Hota Hai'.