Sonu Sood gave a priceless gift to the farmer who is plowing the fields with his daughters, a picture went viral on social media

- July 26, 2020
In fact, recently a video went viral on social media.  In this video, a farmer was plowing a field with his two daughters.  Due to lack of money, his daughters are working instead of bulls.  Seeing the hard work of girls could make anyone's heart melt.  Sharing this video, a man had requested Sonu Sood for help for this poor farmer. 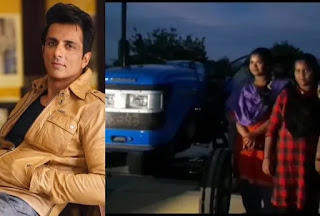 Sonu Sood had said on Twitter, keeping in mind the request of the person, 'From tomorrow morning, two bulls will plow its fields.  Farmers are the pride of our country.  Let these girls read. '  After this, now Sonu Sood has given a new tractor by not giving bull as a help to the farming family.  News agency ANI has informed about this. 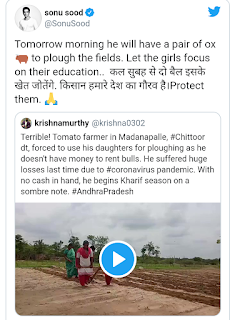 According to the agency, actor Sonu Sood has provided a tractor to this farmer family of Andhra Pradesh after seeing two girls plowing the field with a plow on their shoulder.  Recall that earlier, Sonu Sood had come forward to help the family of Dashrath Manjhi, popularly known as Mountainman. 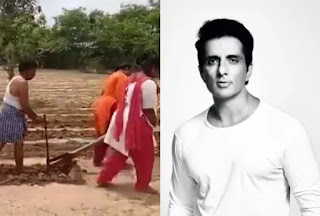 Recently on Twitter, a fan tagged Sonu Sood with the cutting of a news paper told about the bad condition of Dashrath Manjhi's family and requested to help.  After seeing this tweet, Sonu also responded by saying, 'Tangi is over from today.  Today it will be brother.  Sonu's tweet was appreciated by everyone. 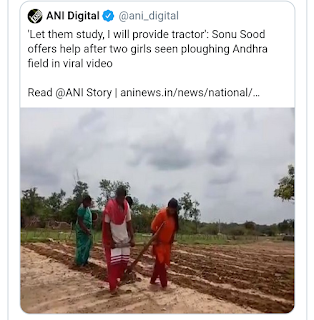 Sonu Sood gave a priceless gift to the farmer who is plowing the fields with his daughters, a picture went viral on social media