June 27, 2020
1.Yeh Rishta Kya Kehlata Hai actress Hina Khan is known to be a style diva of the television industry and as the actress is all geared up for her digital film Unlock this week, we take a look at her journey in showbiz, with candid photos which prove why she is one of the sexiest women in Asia. Check it out! 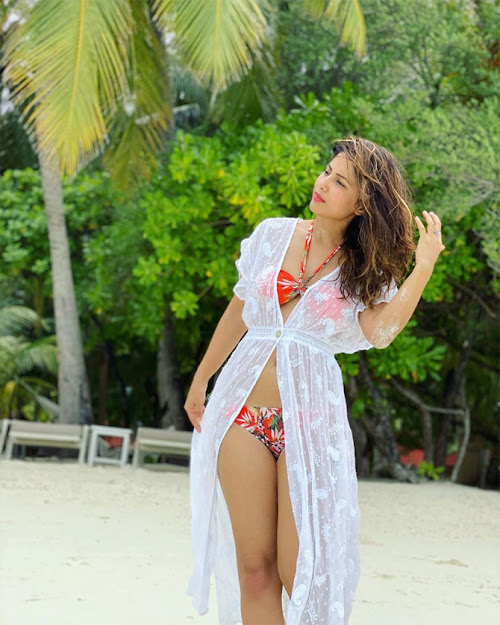 2.Television actress Hina Khan, who became a household name after her stint as Akshara in the daily soap, Yeh Rishta Kya Kehlata Hai, was born in Jammu and Kashmir on October 2, 1987. She studied MBA in an institute at Gurugram. (All photos/Hina Khan's official Instagram account) 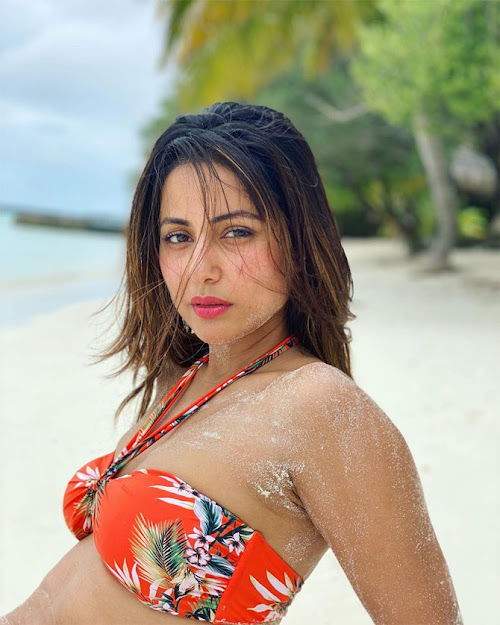 3.Hina Khan was 22 when she made her television debut in 2009's Yeh Rishta Kya Kehlata Hai. She played Akshara Singhania and the show was one of the longest-running Indian soap operas. 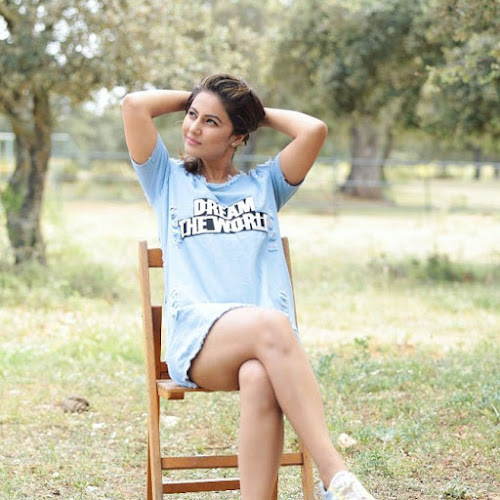 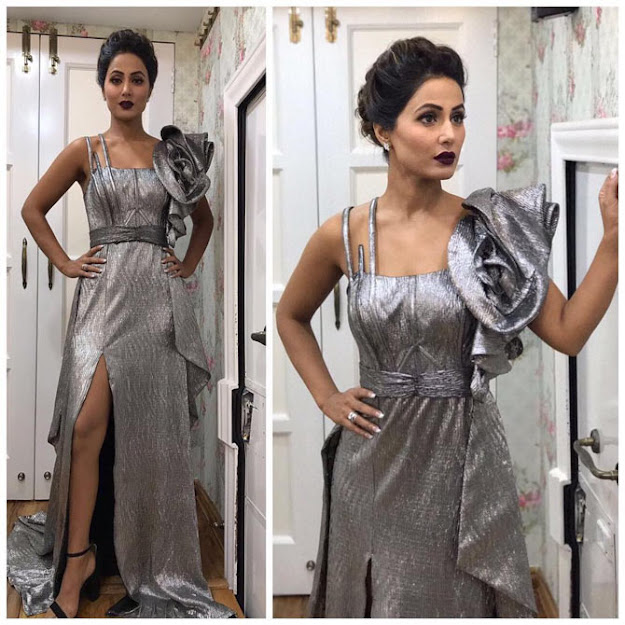 5.Hina Khan won several hearts with her performances and with the reality show, she broke her onscreen 'bahu' image to let her fans see her real side. She became the first runner-up of Bigg Boss Season 11.Hina Khan is among the small screen's most popular actresses. 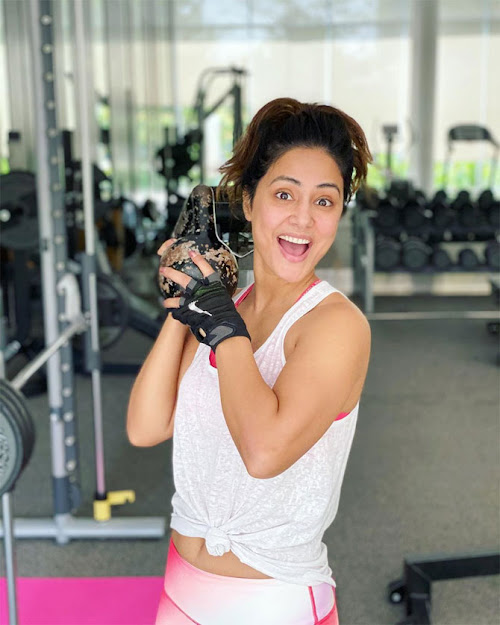 6."Entertainment happened by chance to me and the journey so far has been wonderful. My dream is to continue growing as an actor, to transcend boundaries and work on projects which are across the world," Hina said. 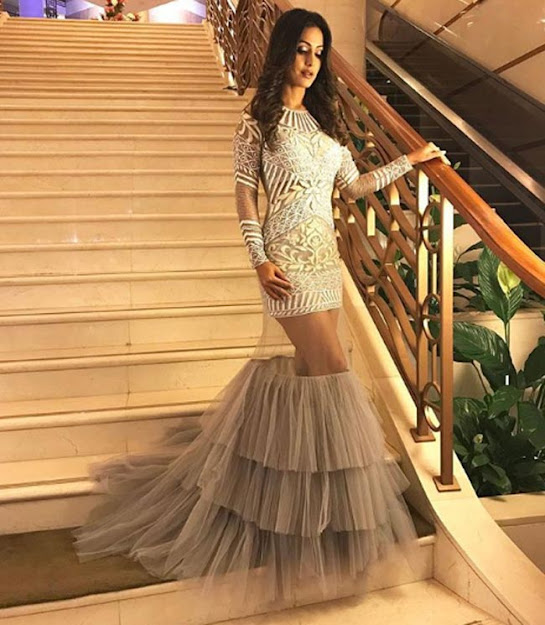 7.Soon, Hina Khan appeared in the short film 'SmartPhone' by Ankoosh Bhatt. It is said that Hina wasn't chosen based on her acting skills. Her powerful personality in the Bigg Boss 11 house got her this short film. 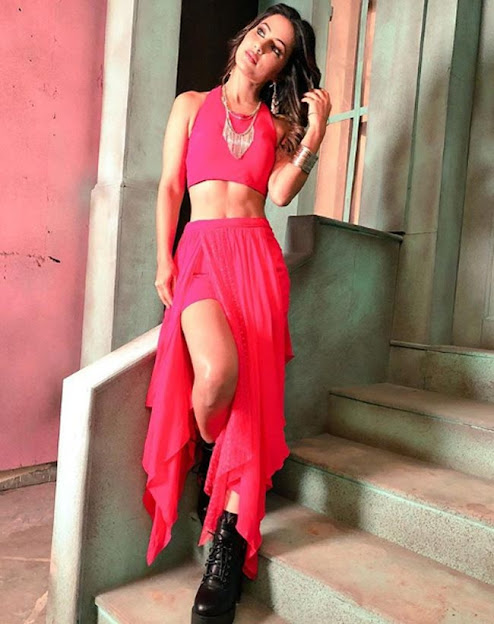 8.Hina, for her work on Sapna Babul Ka... Bidaai. She was also a part of the sixth season of the dance reality show 'Nach Baliye' and gained more popularity when she participated in the eighth season of the reality show 'Fear Factor: Khatron Ke Khiladi'.Hina Khan later tried her hand at judging a reality show too! She was a celebrity judge on 'Masterchef - Kitchen Ke Superstars' in 2013. 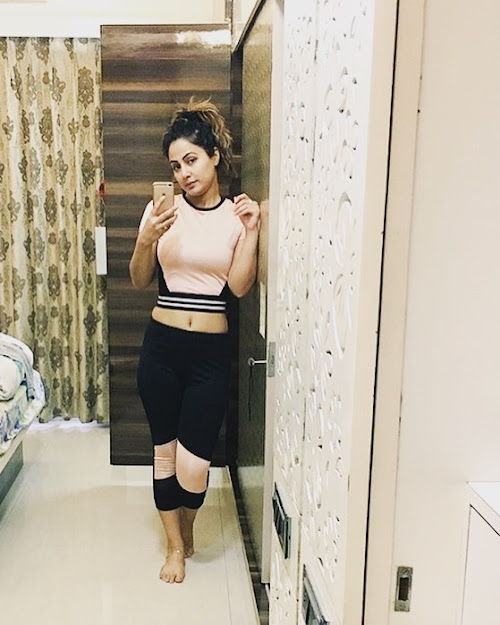 9.Hina Khan was involved in a lot of fights during her stint in Bigg Boss. Defending it, the Yeh Rishta Kya Kehlata Hai actress said: "What you see is only 45 minutes of what happens all day. 10.At   you  is part of a conversation. At times things are said by someone else that youdon't know about or hokne conversation started. 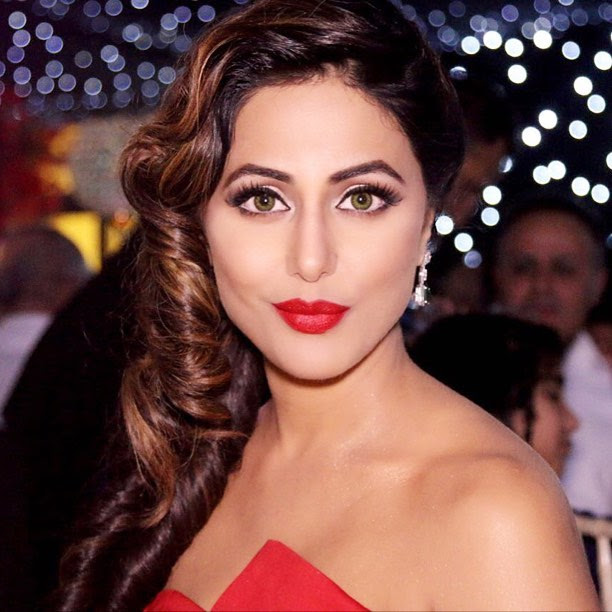 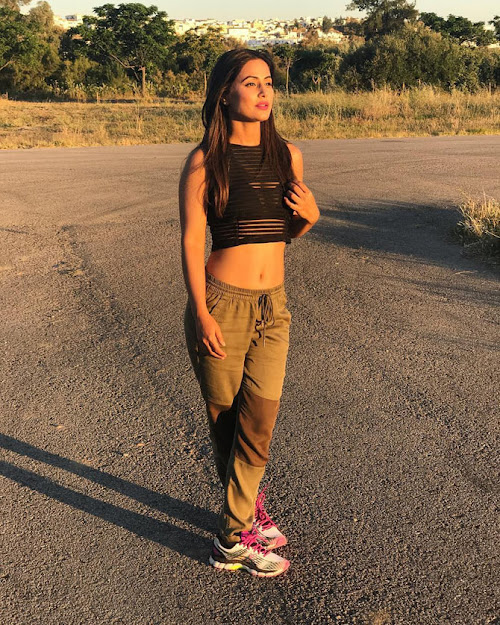 12.Hina Khan succeeded in her image makeover. She proved herself as a fashionista considering her sartorial choices throughout her journey in the Bigg Boss house. After that, Khan, till date, keeps treating her fans with pretty pictures of hers on social media.Hina Khan is reportedly in a relationship with Rocky Jaiswal. 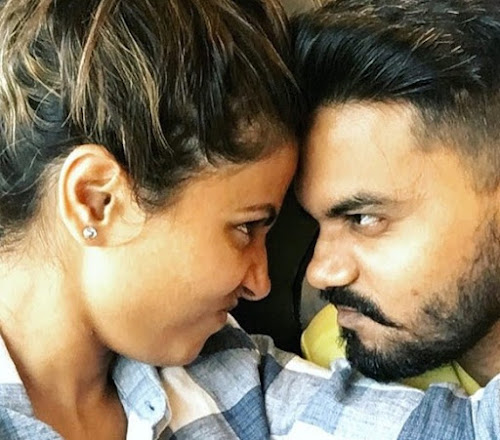 13.But both refer to each other as friends. He was seen on a special episode of 'Fear Factor: Khatron Ke Khiladi' with Hina Khan as well and even accompanied her when Khan made her debut at the prestigious Cannes Film Festival.Did you know that Hina Khan was featured on the list of 50 sexiest women in Asia between 2013 to 2017? 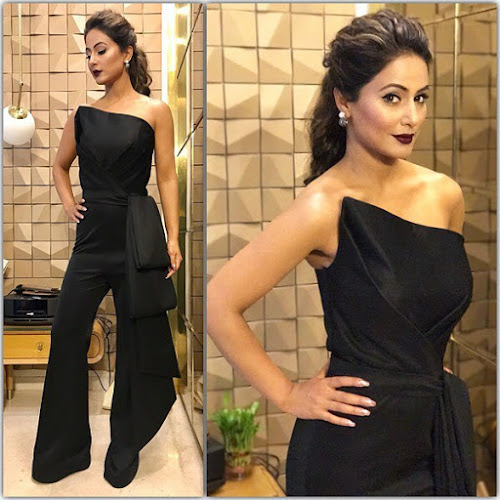 14. Such is her popularity that her film Lines took her to the prestigious Cannes Film Festival last year.Hina Khan not only walked the red carpet, but was also a speaker at the 72nd edition of the Cannes Film Festival.Hina Khan was invited to be a part of a panel organised by the India Pavilion, joining the likes of Kangana Ranaut, Sonam Kapoor, Ekta Kapoor and Prasoon Joshi."It's a huge honour. 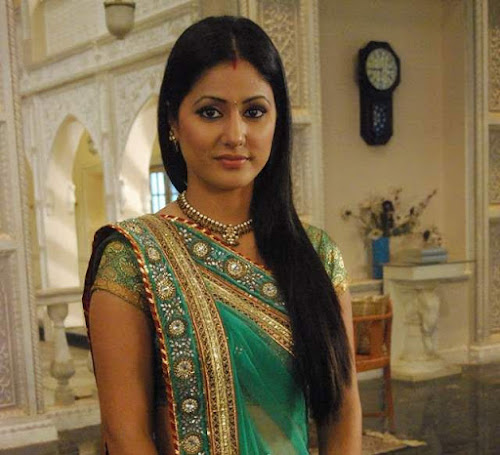 15.I have been following the Cannes Film Festival as a fan for years. Not only because of the red carpet, but more so because Cannes is the ground for some of the most path-breaking international content," Hina said in a statement."Makers from across the world come and present their work and you have some of the best of creative minds meeting all in one place. 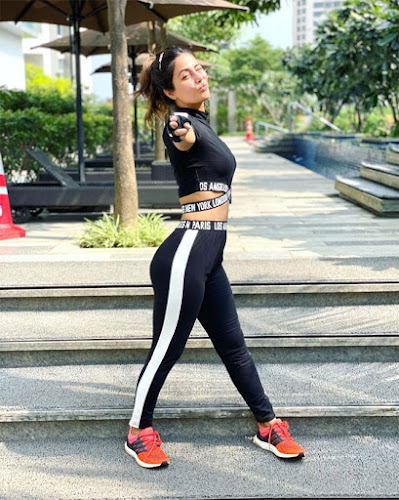 16.I am grateful to have the opportunity to not only be present amongst the best of creative minds, but also to be sharing my thoughts on cinema, my upcoming film and the journey so far, with them," she said before heading to the festival.Fiction and reality TV shows, music videos, films and web series, Hina Khan has done it all. 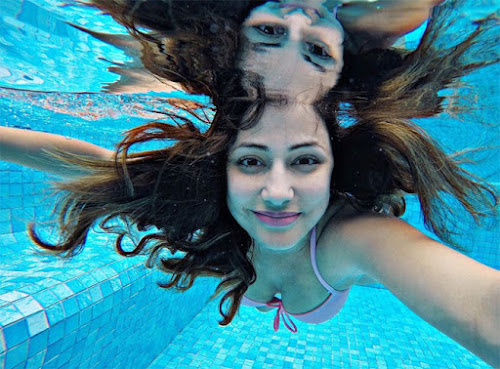 17.Bollywood or not, she says she is here to entertain. "Give me a good challenge as an actor and I shall lap it up," said the actress.She also has an interest in doing something in the fitness space. "Fitness is a part of my life and hence doing anything related to it, comes naturally to me. I would love to do something in the fitness space soon but as of now, nothing is there in the pipeline," said Khan. 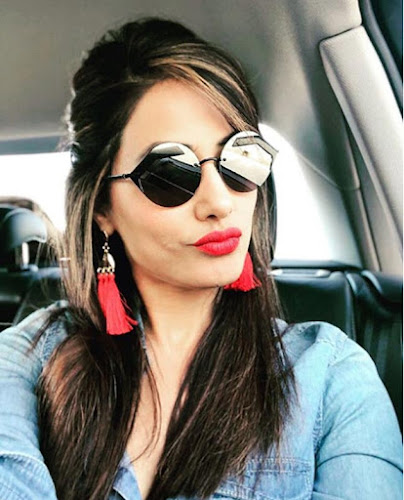 18.Hina Khan made her digital debut on the web series Damaged 2 in 2020. Damaged was a psychological crime drama. Season 1 featured Amruta Khanvilkar as the lead actress, who won a lot of appreciation for her role of a serial killer.
After Damaged 2, Hina Khan was seen in Vikram Bhatt's Hacked and is now, all set for the digital film Unlock. Khan said: "This is my second feature film narrative around the dark web, after 'Hacked'. 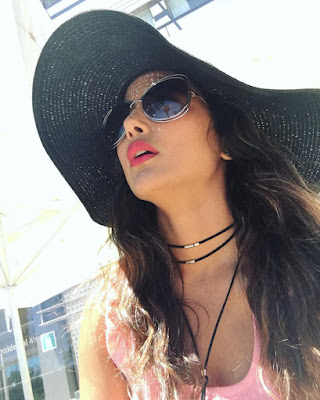 19.This film will take the thriller quotient a notch higher. The subject of dark web has not been explored much in India, and the teaser does complete justice to the plot of the film. We want to reach out to the young audience, to give them a reality check on the dark web. 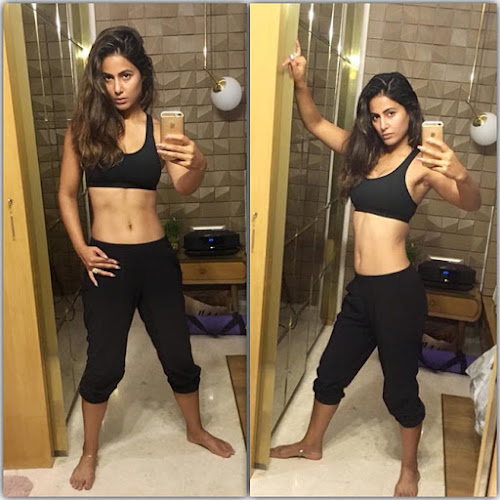 20."Having carved her space as a star on television in the past, she feels her career is on the right path. "I think I am on the right path because I always say that there has to be a bouquet or variety that I would like to present to my viewers. That is why I make sure I don't stick to just television or films. It is important to also be in the digital space because that is what people love nowadays. People want to watch you everywhere on their cellphone, downloading the app," said Hina.
Written by: bollyvilla.com , sat,27 June,20