Did you know?Why Sushant Singh Rajput opted out of " Half girlfriend ".Here is the real reason.bollyvilla.com

- June 25, 2020
Actor Arjun Kapoor has been on the receiving end of hate on social media after a five-year-old tweet by author Chetan Bhagat suddenly went viral on Twitter where he announced Sushant Singh Rajput as the lead actor of the movie based on his book "Half Girlfriend". 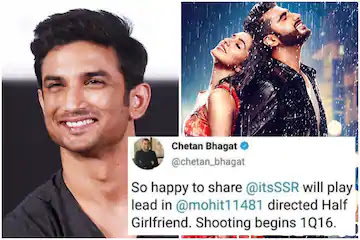 Netizens are now sharing Bhagat's tweet and blaming nepotism for Arjun Kapoor eventually replacing Sushant Singh Rajput as the film's lead actor. In turn, Arjun Kapoor kept trending on Twitter throughout Wednesday.
"So happy to share @itsSSR will play lead in @mohit11481 directed Half Girlfriend. Shooting begins 1Q16," reads Chetan Bhagat's now viral tweet, originally posted on November 7, 2015.
After Sushant Singh Rajput's untimely demise last week, netizens have concluded that he was a victim of Bollywood's nepotism and power play. Hence, there is an angry outburst on social media and star kids are being trolled. 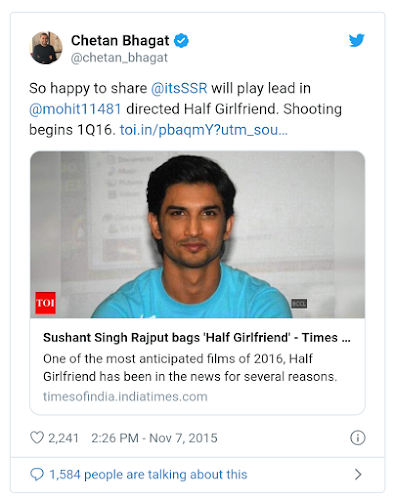 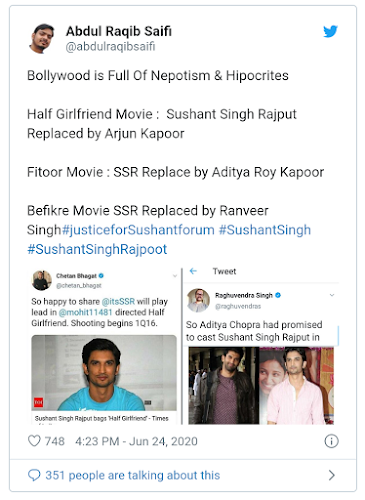 are also criticising Arjun Kapoor's acting skills.
Not only trolling Arjun Kapoor, netizens are also calling for boycotting all the star kids working in the film industry.
"Today I pledge that I will never watch a film produced by- Karan Johar, Mahesh Bhatt, Yashraj. And I will not watch the film starring- Sonam Kapoor, Salman Khan, Alia Bhatt, Varun Dhawan, Ranbeer Kapoor, Arjun Kapoor, Ananya Pandey, Kareena Kapoor, Sonakshi Sinha. #boycottbollywoodgang," announced a user.
Was nepotism the real reason for Rajput to really not get the role in 'Half Girlfriend'? An interview from 2016 seems to prove otherwise.
It seems that the hate against Kapoor is unfounded, at least to some extent. 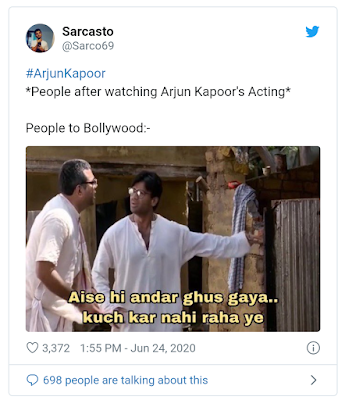 In an interview given to news platform DNA in January 2016, Rajput had said that he had to opt out of "Half Girlfriend" due to date issues as he was already signed on for Dinesh Vijan's Raabta.
In the interview, Rajput said that he did not "walk out" of the Mohit Suri film but chose to do the Vijayan film instead.
"I said yes to Dinesh Vijan long before Half Girlfriend was even offered to me. And because of a big confusion (again, because of someone else), we were told that we could shoot both films simultaneously. 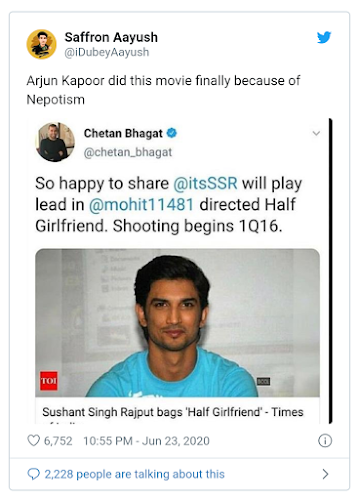 But it wasn’t the case because both directors wanted a particular month. So since I had said yes to Dinesh first, I had to opt out of Mohit’s film. This is the true story. But coming to the people’s perceptions, I give a damn," Rajput has been quoted by DNA.
News portals like Times of India also carried the story. In an interview to BollywoodLife, Rajput had said that there had been confusion regarding the dates for the shooting of both films. He chose Vijan's film, purportedly as he has said yes to him first.
At the time, Rajput was facing allegations of walking out of film like Half Girlfriend and Fitoor. In the 2016 DNA interview, the actor also stated that he had lost out on 12 films because he had been signed on for two films, one of which did not happen. 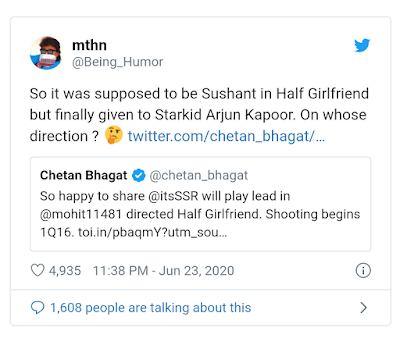 He also clarified that he did not have any regrets for not doing Fitoor or Ekta Kapoor's Half Girlfriend and maintain that he shared good relations with her. "Ekta called when she got to know what’s happening. She said what had happened was unfortunate and that she wasn’t aware that this was an issue created by a third person. We might not work on this project, but she has promised to work with me in the immediate future. My relationships with them are as normal as they were," he said.